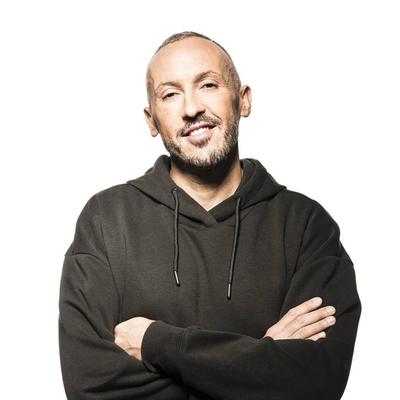 Radio · France
About
No interaction with Dirty Swift

DJ/Producer from Paris || Daily Show on national French Radio Mouv’ (400,000 listeners per day) : looking for new talents to be discovered Show : L'After 4-7pm Mon to Fri / Dirty Mix Sat 8-9pm EVERY MONDAY 6PM Paris TIME => NEW #MondayMix #1 Club DJ #1 Musical Podcast Opening for DJ SNAKE / Beyoncé & Jay-Z Born and raised in Hip-Hop culture, Dirty Swift has become one of the most emblematic DJs in the Parisian nightlife scene, exporting his incredible talent on the tables across the most “Hype” dance floors around France and the rest of the world, for over 15 years. Dirty Swift’s sets are legendary and are credited as being able to smoothly and originally navigate audiences from Hip-Hop to Trap to the vast arrays of Electronic Music… He’s also been able to effortlessly transition to other types of trendsetting music, which he loves, such as EDM Trap, Bass, House, Trap, House, Future Bass, AfroBeat, Moombahton… Playing in the best parties in town (HHLS at Yoyo, Wattsmyname at Wanderlust…) but also all over France and around the world, It is no surprise then that such reputable nation French Hip-Hop radio institution Mouv’ have solicited Dirty Swift’ expertise and his immense talent for a daily show from 4 to 7pm and his 100% mix shows on Saturdays (#DirtyMix 8-9pm) which became the most musical downloaded podcast in the country in iTunes, and no wonder that Beyoncé and Jay-Z chose him for the opening of OTRII concert in Paris in front of 70 000 people and DJ SNAKE for his Parisian Concert in the biggest indoor venue in Europe (U-Aren 40k people). Dirty Swift is now putting a lot of efforts into musical production, a logical evolution to his evolving career, and after offering stunning remixes on his Soundcloud channel and has released a double EP « Dirty Swift Made Me Do It » and SFUMATO EP with the rapper Davassy. Check for some new music in 2021.
See more
https://www.mouv.fr/animateurs/dirty-swift · 4070 followers · 3180 followers · · · · ·